From my kitchen Sweet13. January 201522. May 2019
the odds are: i really like kaiserschmarrn, and i’ve praised its perks – i.e. comforting, sugary, sweet and basically everything you want from something to eat – at least once (though in my mind, it’s been far many times than that, really).
and for those of you who have no idea what kaiserschmarrn is, here’s a little cue: it’s kind of like a pancake, except it isn’t. because it’s at least deconstructed, so that’s that. way more special than your average pancakes (coughing, not-sorry). it’s european – austrian, to be precise – monarchy kind of goodness. you’re dismissed now! says the queen. x 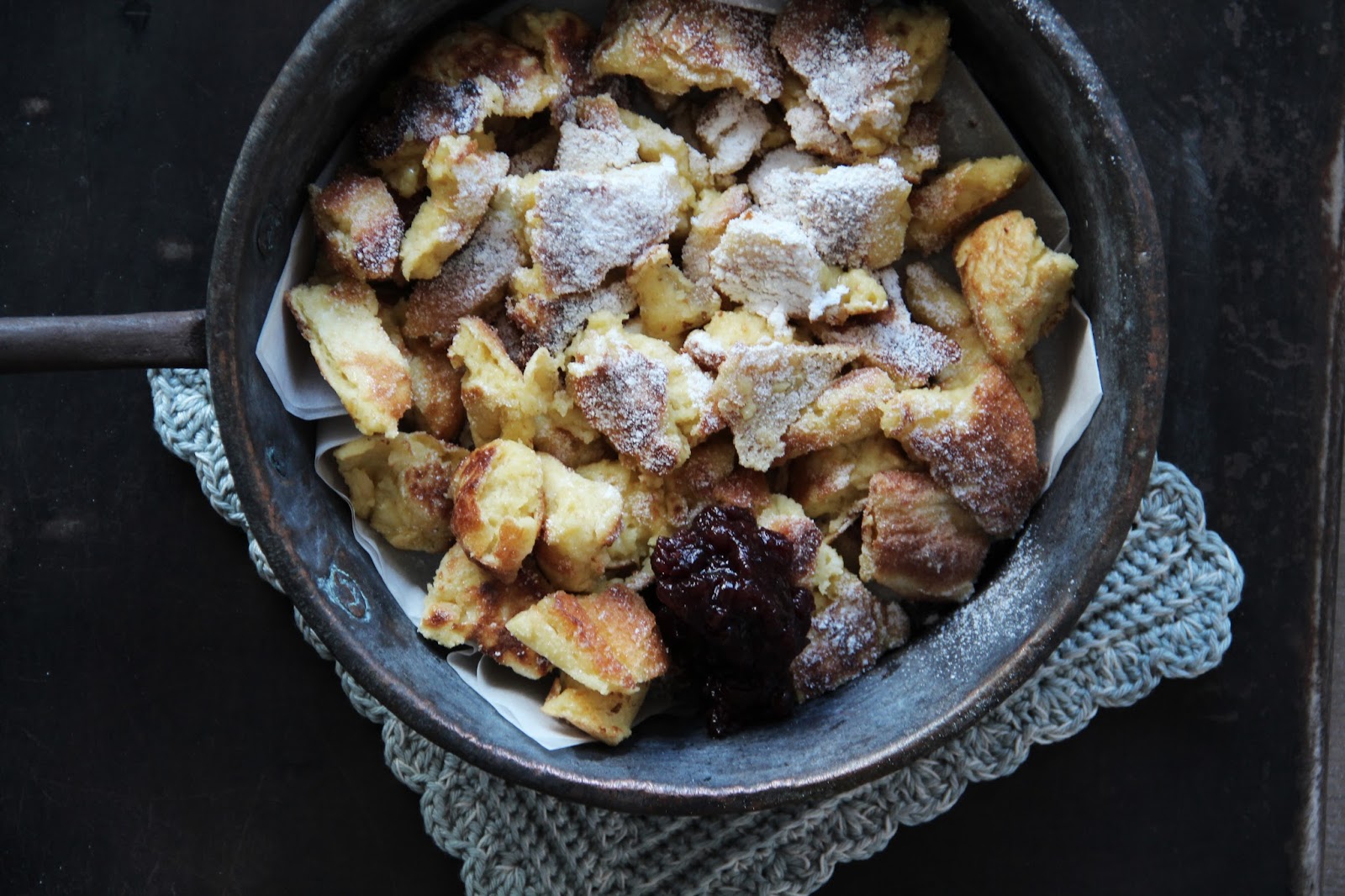 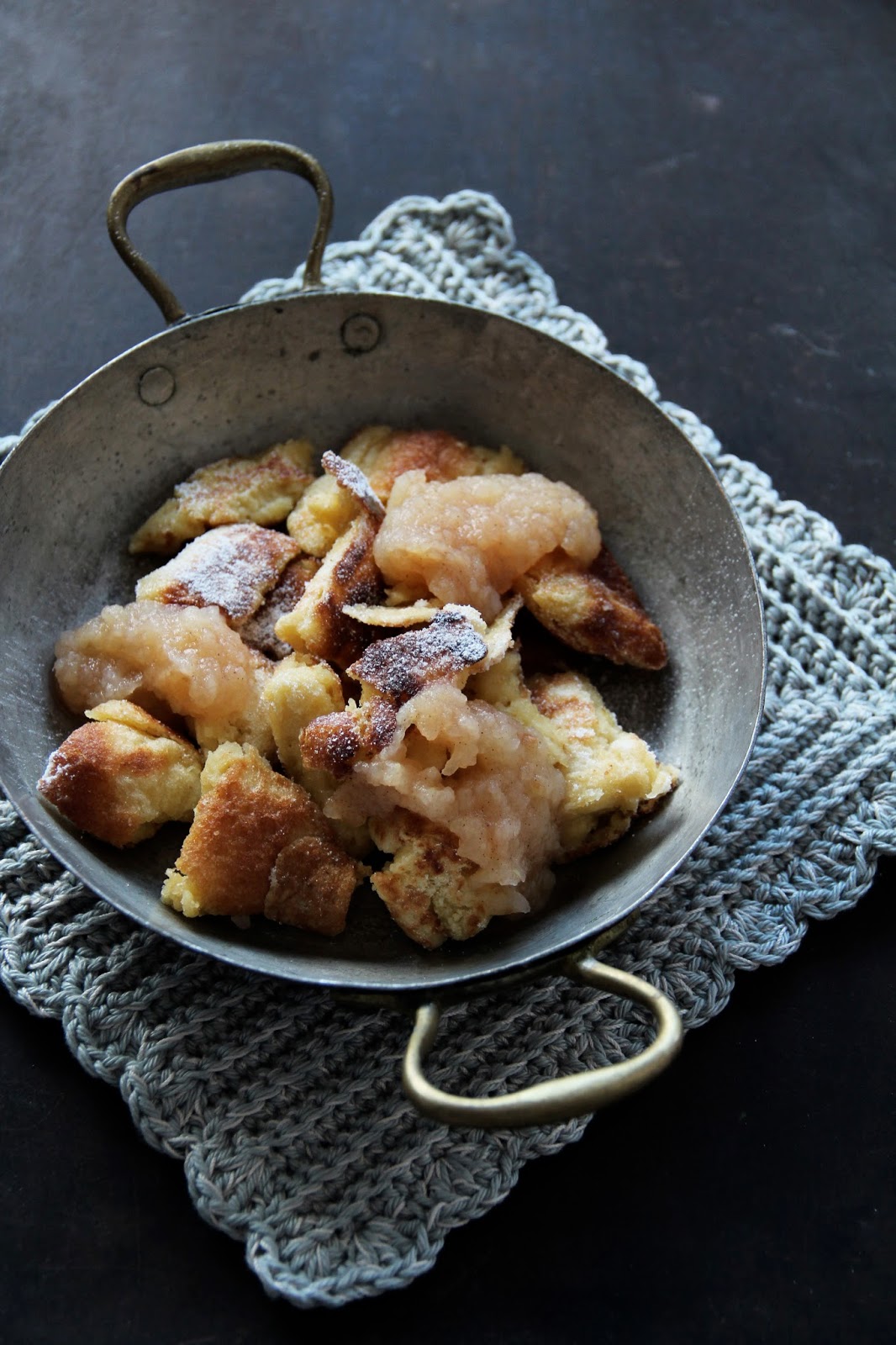 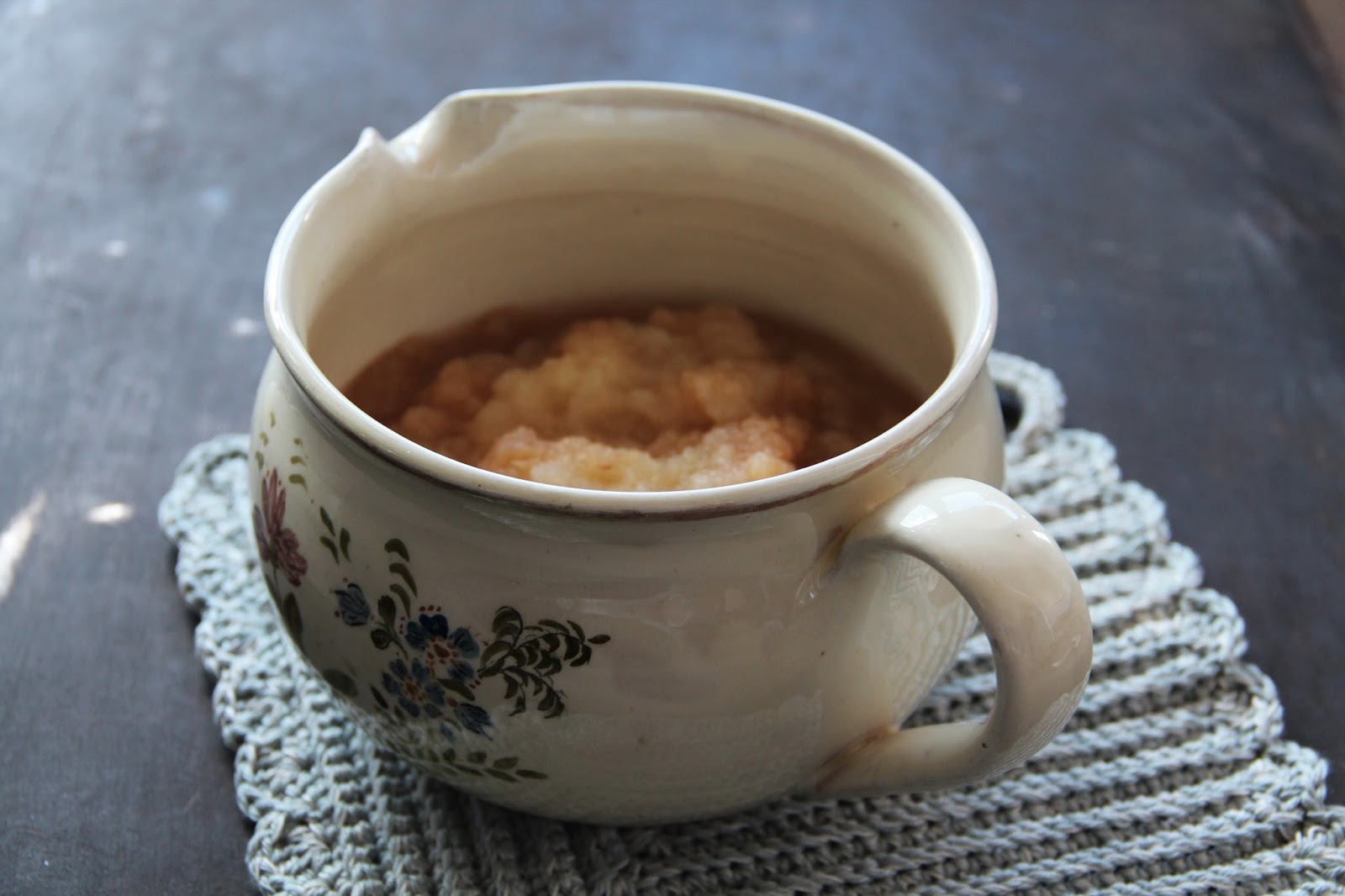 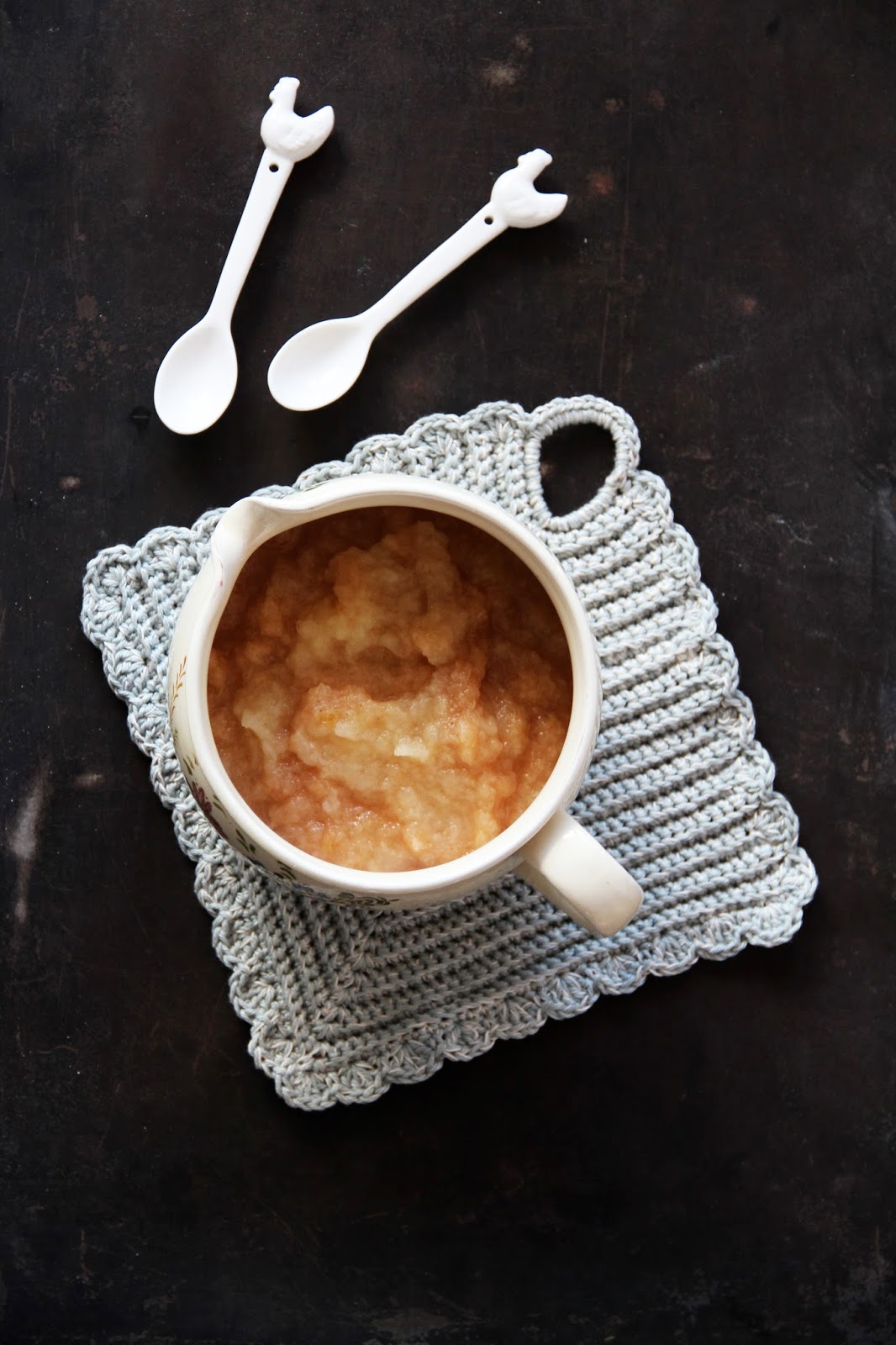 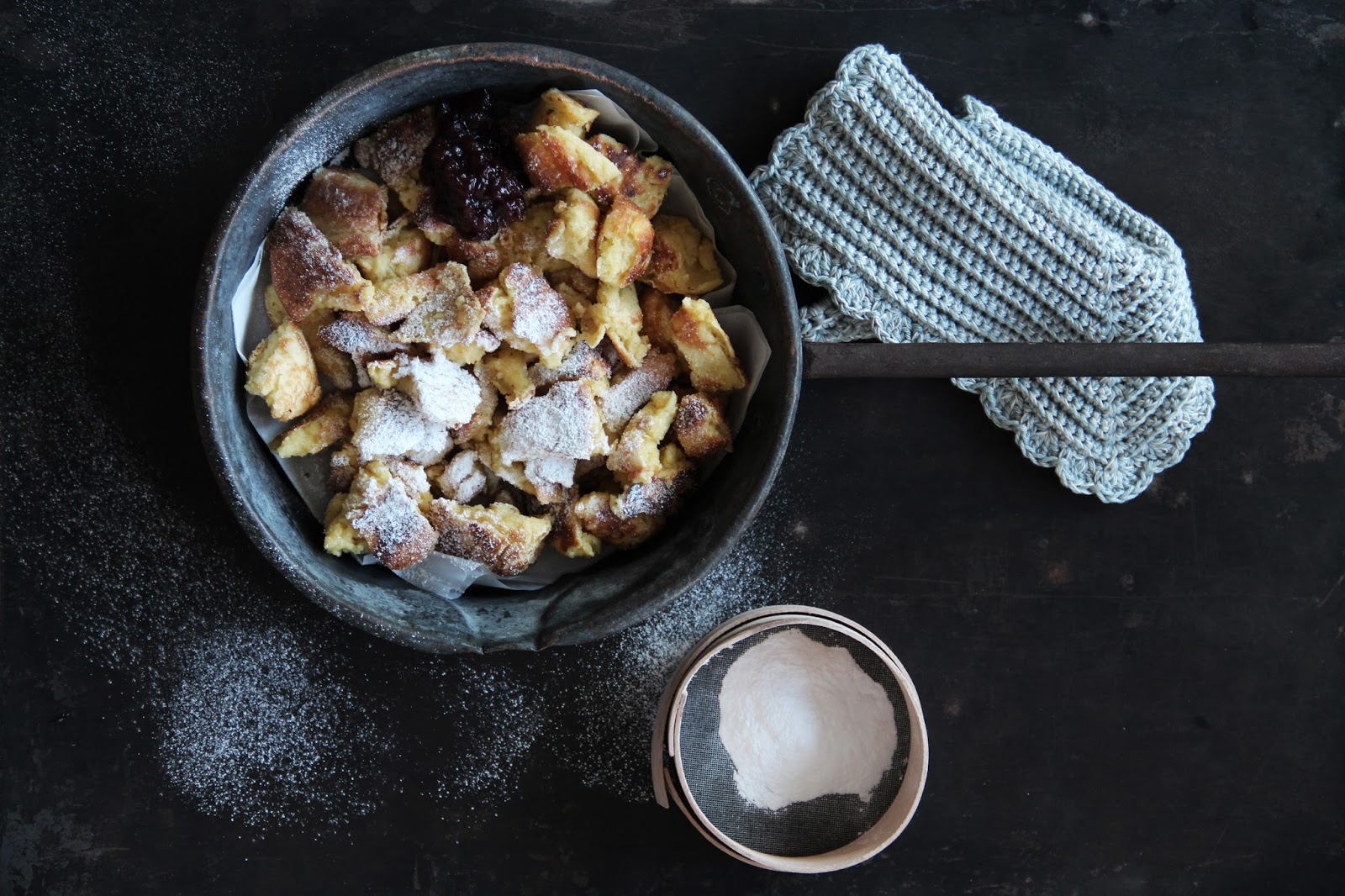 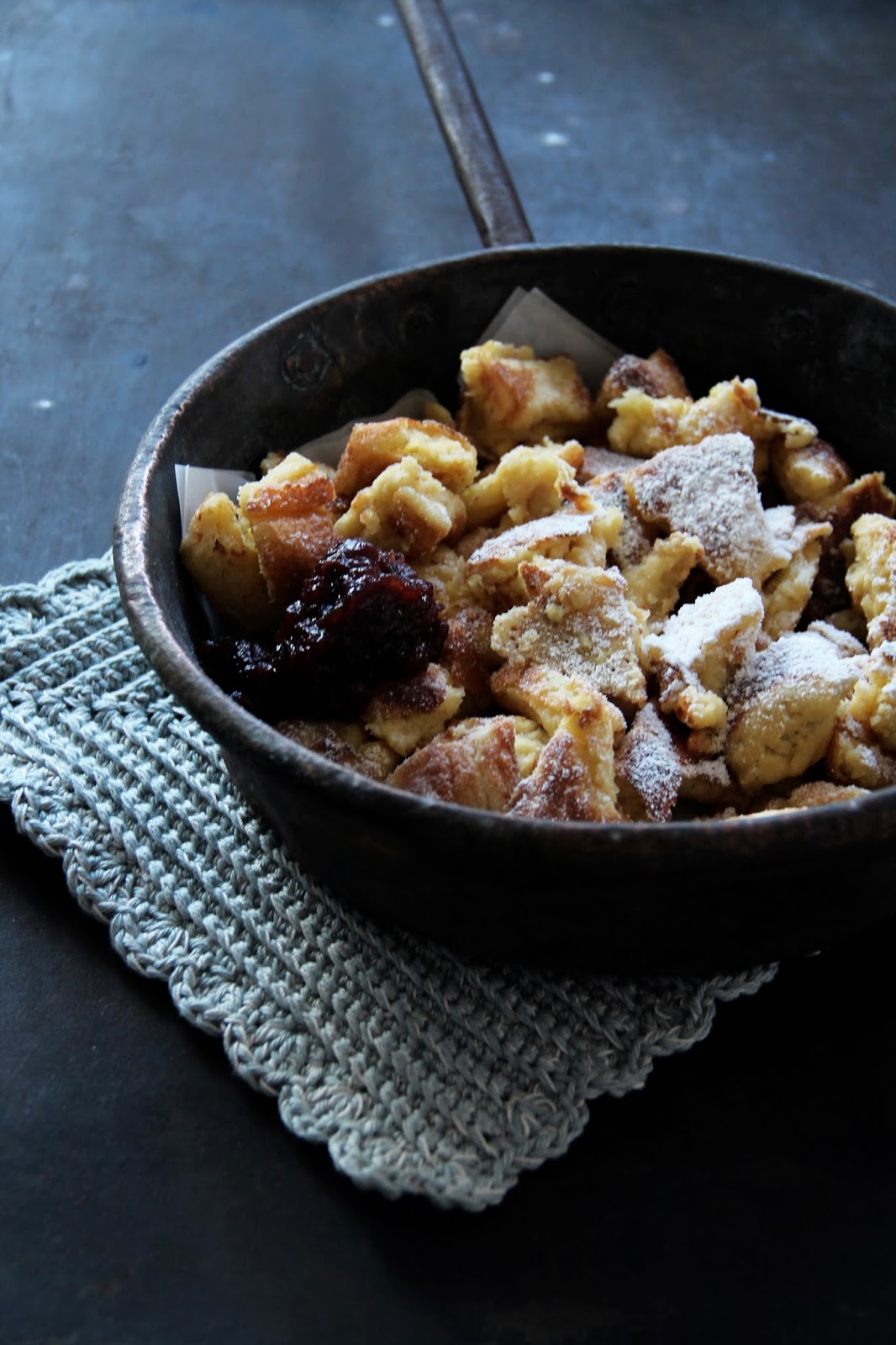 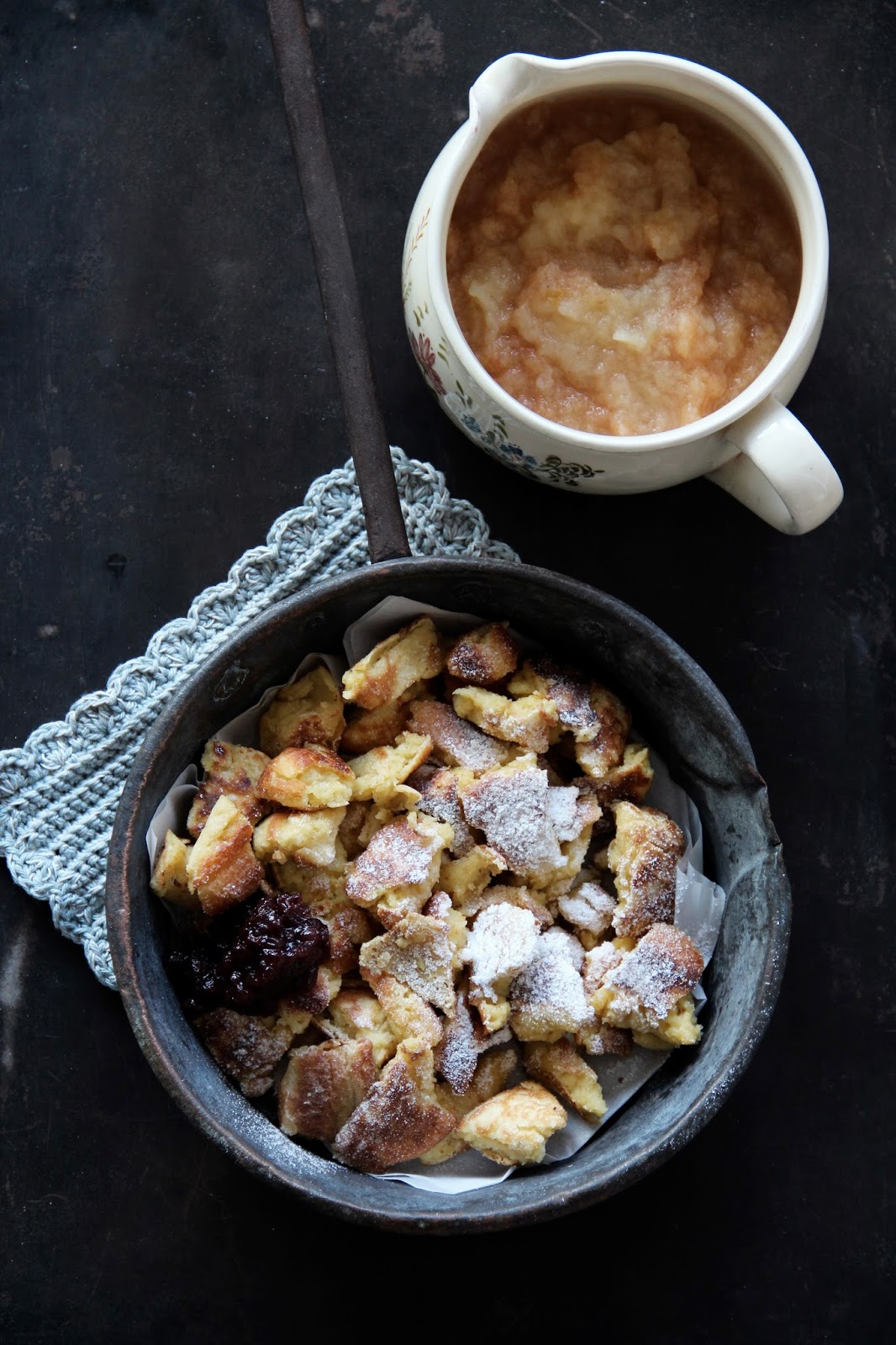 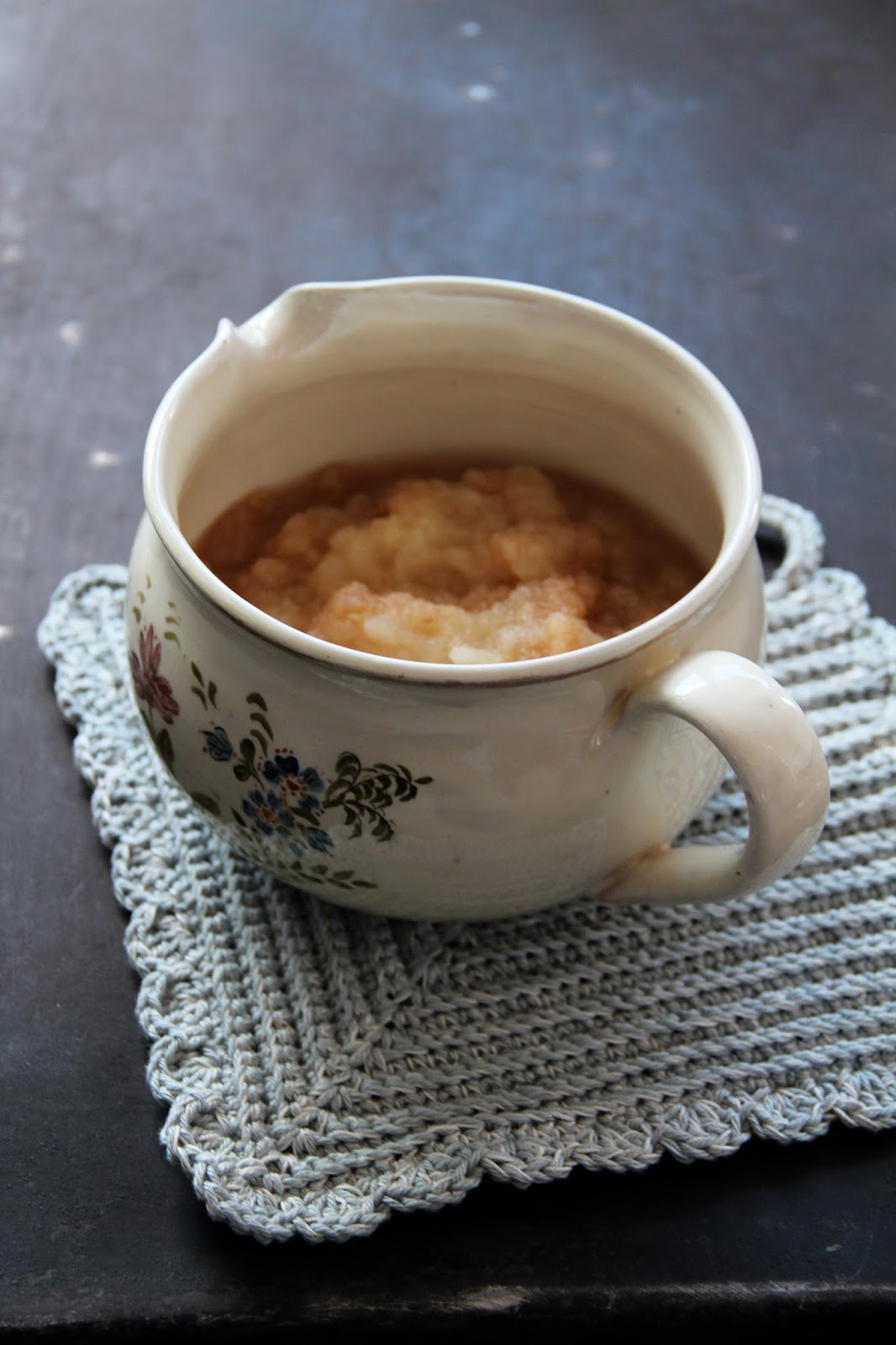 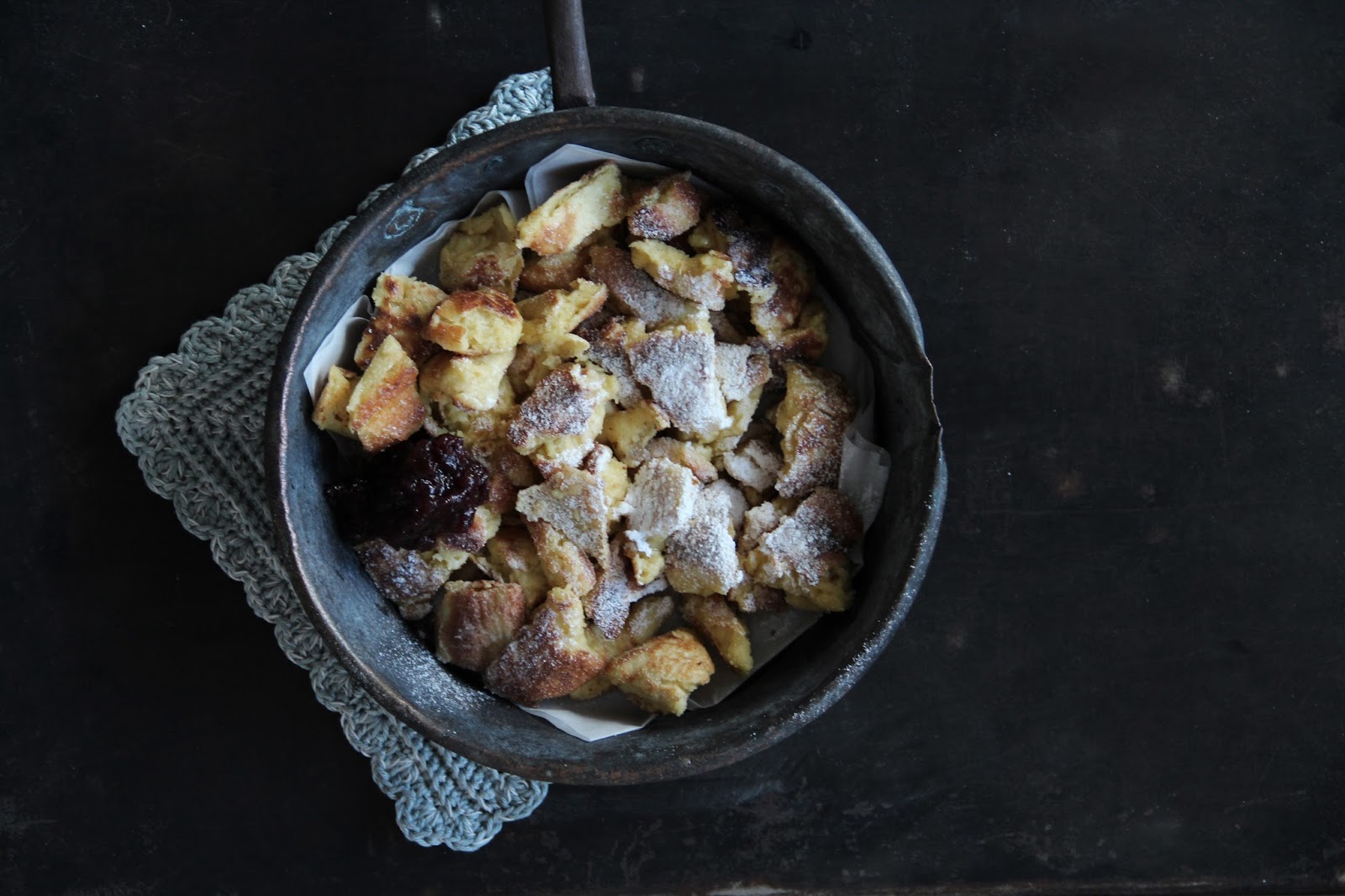 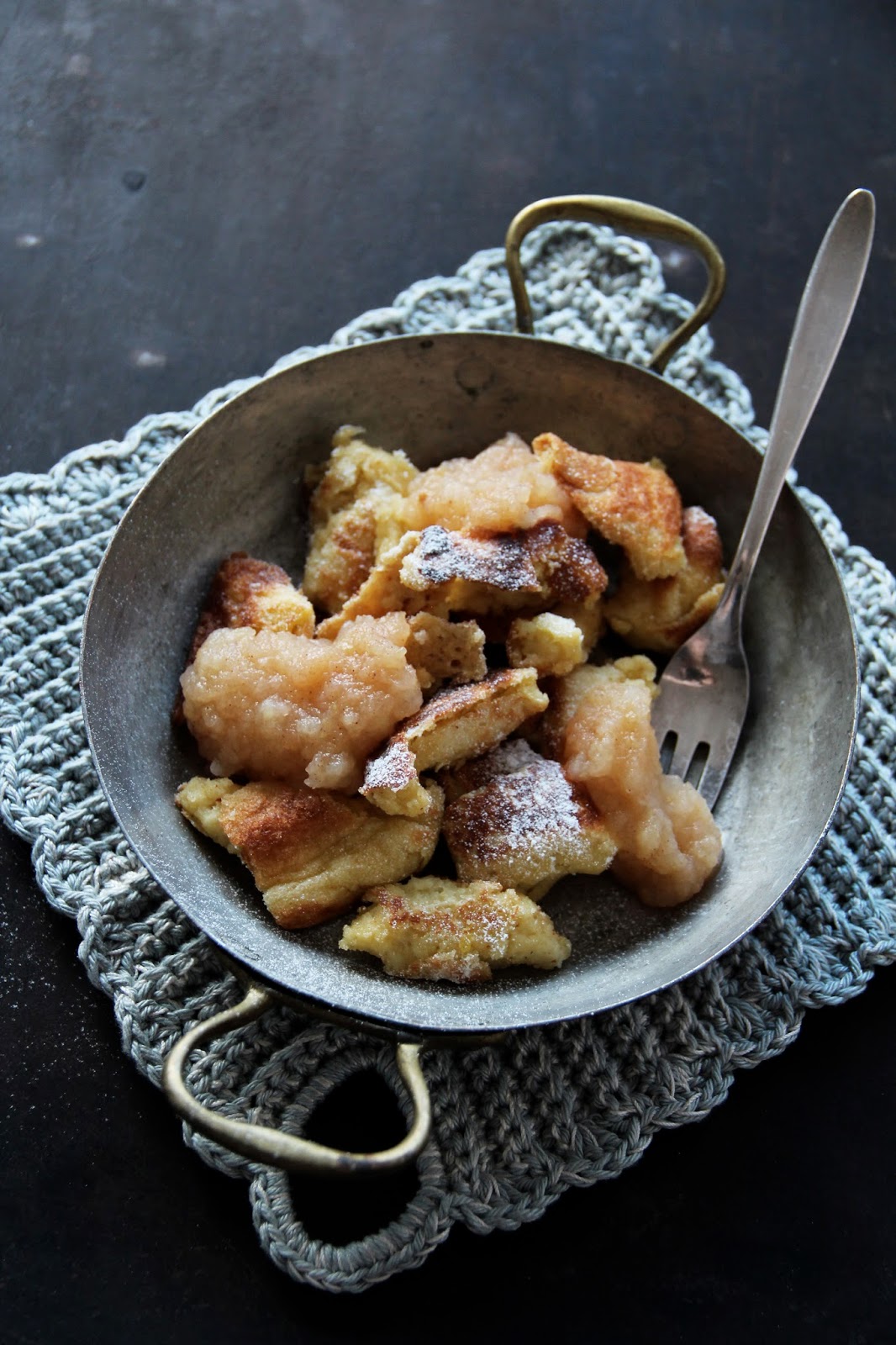 directions:
combine the milk, cream, egg yolks, salt, lemon zest and sugar. sieve in the flour. whip the egg whites until stiff peaks form. fold into the batter. let sit for about 30 minutes, cover with foil, in the fridge. heat a large frying pan, let the butter melt in it. then pour a large soup-ladle full of the batter into the pan. it should be about 1cm thick; a bit like a thick pancake. let sit for a minute or two, until the top looks bubbly and the sides begin to come off from the side of the pan. flip over and fry for a few seconds. now, while the center of the pancake is still smooth and liquid-ey but not too much, begin to tear apart bite-sized chunks with a spatula or a ladle. keep on frying until all parts are equally done / golden-brown. shortly before removing from pan, add a bit of the confectioners’ sugar to the pan and stir to combine. this is a super trick, as it will render the kaiserschmarrn nicely caramelized and creamy textured from the outside, and prevents it from turning too dry immediately. ladle onto a plate, and serve, dusted with confectioners’ sugar and a fruity compote – in this case apple sauce – on the side. previous versions schmarrn versions included this peach and apricot compote, for the record.

directions for the apple sauce:
wash, peel and core the apples, then cube. heat the sugar in a small saucepan and melt it into a lightly colored caramel. deglaze with the apple juice. add the apple cubes to the pan and simmer for a couple of minutes, until the apples are tender. strain through a passe-vite, to remove the chunks. season with cinnamon. to be served warm or at room temperature.