stuffed artichokes on peas with dill 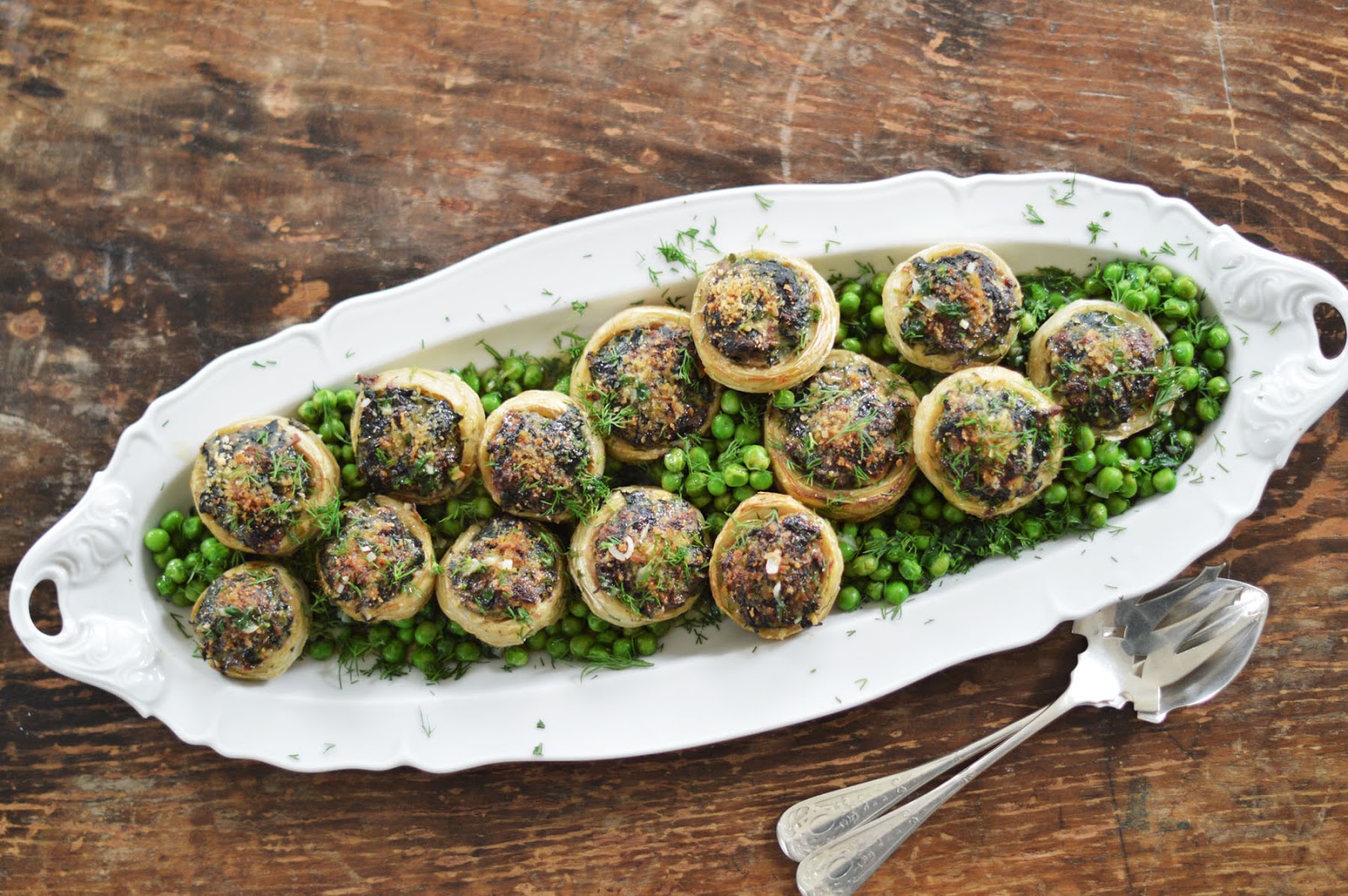 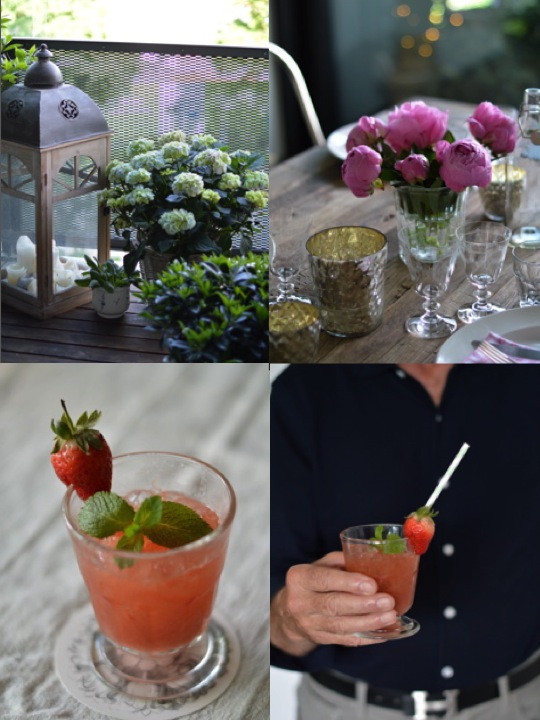 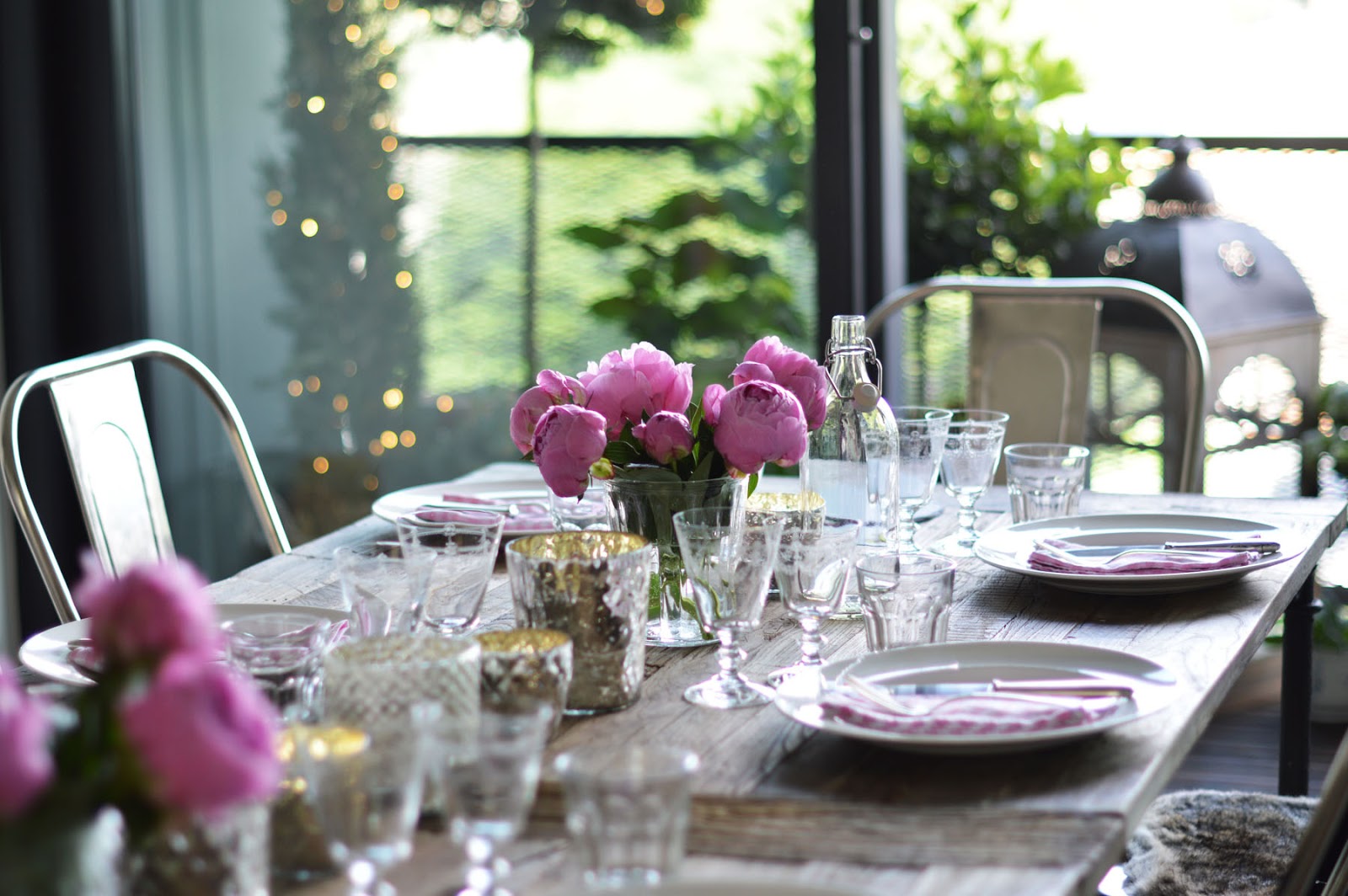 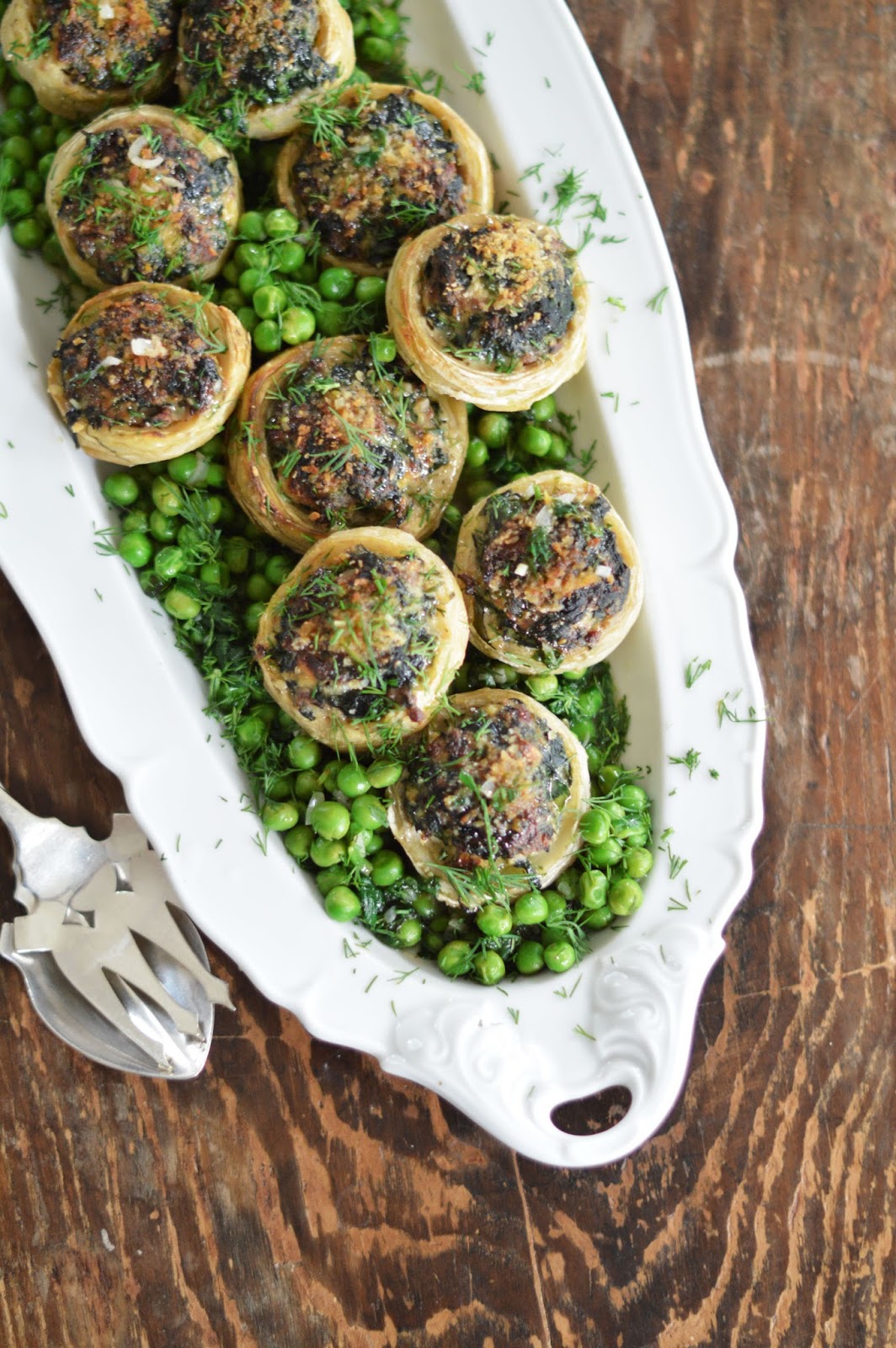 recently, friends of mine held a family birthday bash at my place. since my friends were about to get married in the south of france, i thought why not make it a french – or provence, rather, more specifically – inspired night? so this is supper no. 10:
supper no. 10
été provençal
rhubarb coolers
***
fougasse with za’atar & rosemary
home made black olives tapenade spread
***
stuffed artichokes on peas with dill
***
filet de boeuf on garlic mash
with coco beans, caramelized shallots & crispy garlic
***
french bleus & other fromages
baguette
***
tarte tropézienne
home made éclairs with nutella crème patissière
as revealed before*, i’ve lost a number of pictures. don’t make me cry again! let’s move on to other things, instead. not that many pictures left from the night, but in my memory, it’s still one of the best nights in my home (even though i was the host, and not partaking).
the recipe for the stuffed artichokes – that’s, without a doubt, one of my favorite new recipes – can be found on the guardian. as always, it’s a yotam ottolenghi’s recipe. so there isn’t much (if anything, at all, really) to tweak. it’s copy / paste time, baby!
stuffed artichokes on peas with dill
recipe from yotam ottolenghi for the guardian
ingredients:
note: you can also make these with frozen artichoke bottoms, which you can get in some middle eastern grocers. serves four.
400 g (net weight) trimmed leeks, cut into 0.5cm slices
250 g minced beef
1 free-range egg
1 tsp ground allspice (pimento)
1 tsp ground cinnamon
2 tsp dried mint
12 medium artichokes (or frozen artichoke bottoms)
80 ml olive oil
4 tbsp plain flour
500 ml vegetable or chicken stock
90 ml lemon juice, plus extra, if using fresh artichokes
200 g frozen peas
10 g dill, roughly chopped
Salt and black pepper
directions:
Blanch the leeks for five minutes, drain, refresh and squeeze out the water. Roughly chop the leeks and place in a bowl along with the meat, egg, spices, mint, a teaspoon of salt and plenty of pepper. Stir well.
If using fresh artichokes, have to hand a bowl with water and lemon juice. Remove the stems from the artichokes and cut across the flower so you’re left with only the bottom quarter. Using a small sharp knife or vegetable peeler, remove the outer layers of the artichoke until the base, or bottom, is exposed. Scrape out the hairy “choke” and put the base in the acidulated water.
Heat two tablespoons of oil in a saucepan large enough to hold all the artichokes lying flat. Fill each artichoke base with a tablespoon or two of the beef mixture, pressing it in. Gently toss the stuffed artichokes in flour and fry for 90 seconds a side (you may prefer to do this in batches). Wipe the pan clean and return all the artichokes to the pan, sitting them flat and snugly side by side. Mix the stock, lemon juice and remaining oil, season generously, and ladle over the artichokes until they are almost, but not completely, submerged; you may not need all the liquid. Place baking parchment over the top, cover with a lid and simmer on low heat for one hour. When ready, just about four tablespoons of liquid should remain – if not, remove the lid and paper, and reduce the sauce. Set aside until the artichokes are just warm or at room temperature.
When ready to serve, blanch the peas for two minutes, drain and add to the pan, along with the dill. Season to taste and stir gently to mix.

* you know how there was the broken plates day? big drama. nervous break-down inclusive. now, that’s almost (…) similar, the lost pictures days. it goes down in history as a black day, anyway.