friday nights spent in the kitchen are never wasted, in my opinion. for me cooking or baking while everyone else prepares for a night out is the most comforting activity. i find it strangely soothing and relaxing after a busy work week. so, it sort of became my friday night ritual. straight after work i would go and buy all the lovely ingredients. and then i would spend the night talking to my friends (the ingredients), listening to music and twirling about the kitchen (my neighbors must think i’m a crazy person).

so this friday night was apple pie time. i picked i never made before. the recipe says ‘simple’ apple pie note: the term ‘simple’, though, appears to be referring to the taste rather than the process of baking it… but not at all in a bad way! since i discovered lately that my pants were just a tiny bit tighter than i remembered, i decided my roomie would have to taste the apple pie instead of me. and he said it was really nice, not too sweet, subtle and – surprise! – somehow had a ‘simple’, old-fashioned taste to it. i was happy with it. 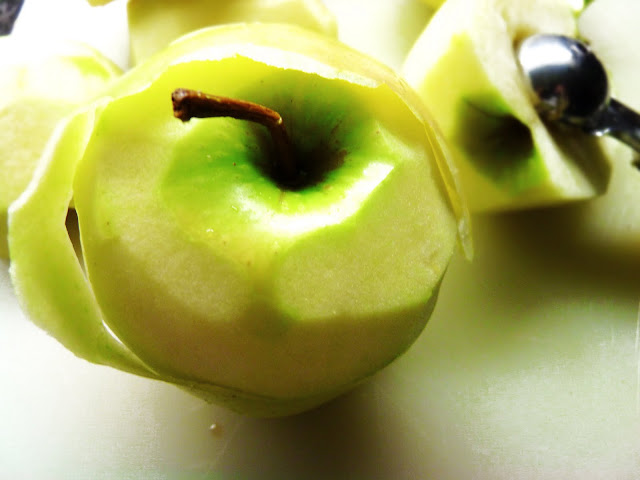 first peel the apples, then cut them in halves, remove the core and slice thinly. what i find very sweet and, well, a good thing in times of ‘sustainable’ thinking, is that the peel and the core are being reused. the leftovers are cooked to a sirup, that afterwards is sprinkled over the still hot cake. 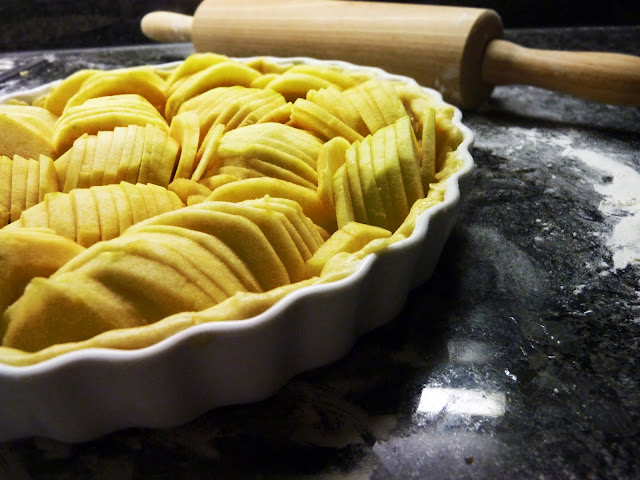 place the apples from center to rim, brush with melted butter and sprinkle some sugar on top of it. bake. 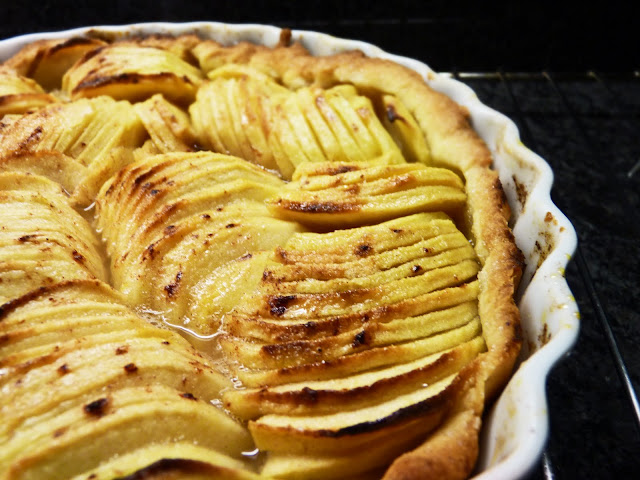 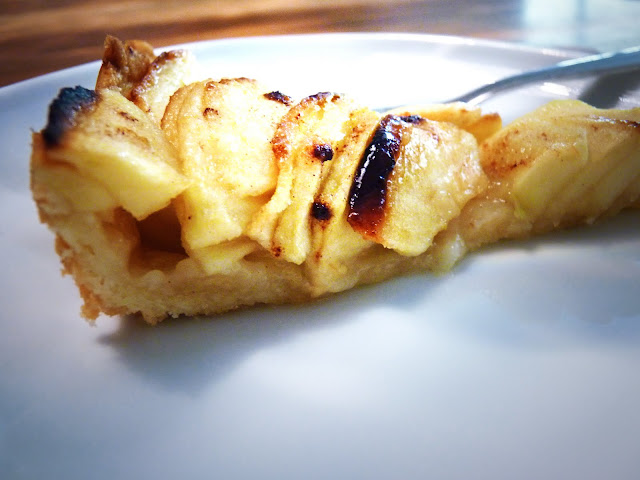 sprinkle with the glaze. slice, carefully shift it to a plate and serve with double crème or vanilla ice cream. bon apetit!